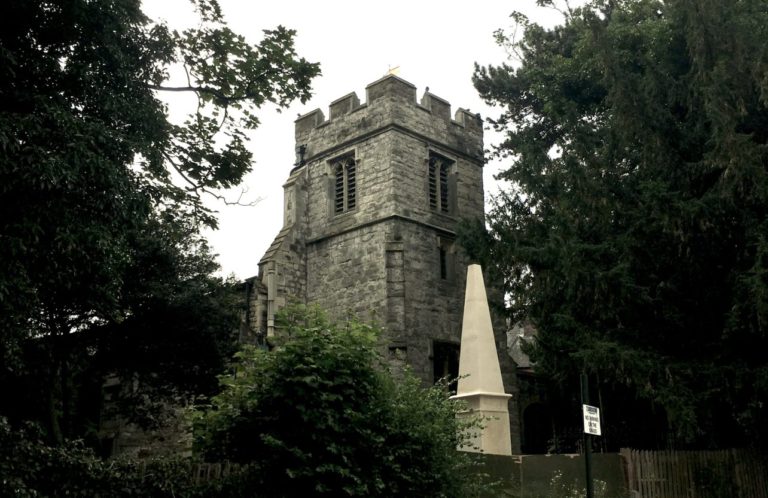 Major John Cartwright (1740-1824) is buried in the church and commemorated by a stone obelisk outside (restored 2019).

Major Cartwright was a political radical known as the ‘Father of Reform’. He supported universal suffrage, the abolition of slavery, and American Independence, corresponding with Thomas Jefferson. Cartwright Gardens near Euston is named in his honour.

The Church of Our Ladye Saint Marye at Fynceslea

A church may have existed on the site in Saxon times, though sadly there is no evidence for the legend that the church was founded by Bishop Erkenwald for the workmen felling timber for Old St Paul’s.

Fragments of 12th century Norman stonework have been discovered, however, including a lancet window, piscina (a stone sink), sedilia (stone clergy seats), aumbrey (cabinet) and a fresco of St George and the Dragon. 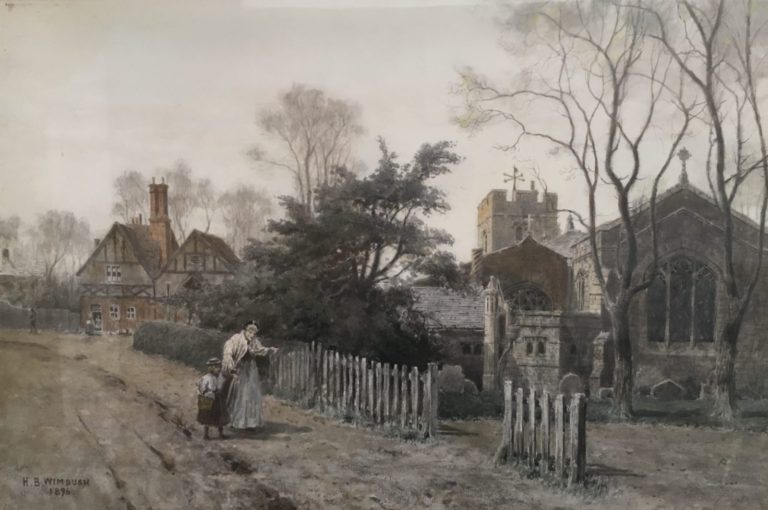 The oldest parts of the church are the north wall and the chapel, as well as the base of the tower.

The chapel, in the north aisle of the church, was built in 1334 by the Lord of the Manor. It was to serve as a chantry chapel, in which priests would say masses for the souls of himself and his family. After the Reformation such ideas fell out of fashion, and this later became the site of the church organ. It was restored to its use as a chapel in 1953. The stained glass window by Harcourt Doyle is dedicated to Rev’d Michael Ridley, the Rector responsible for this restoration. 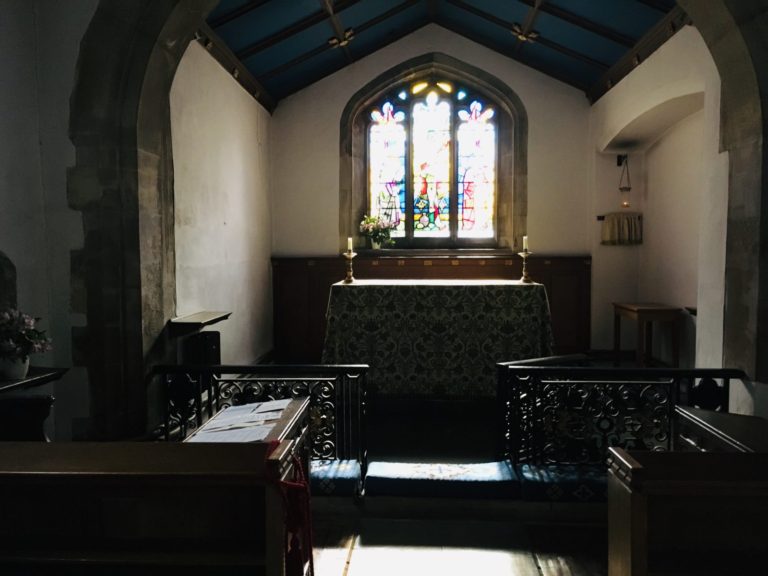 The nave of the church, including the roof, mostly dates from the 15th century, though the east end of the church (the chancel) was destroyed by bombing in the Second World War and later sympathetically restored. 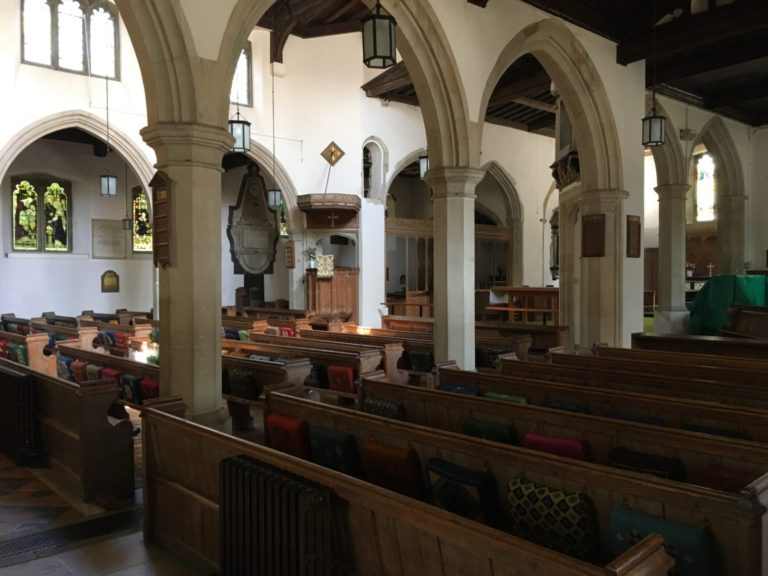 The octagonal font dates from the 12th century, having been dug up in the rectory garden; possibly hidden during the English Civil War. It was restored in 1891 and moved to its current position in the outer south aisle in 1953.

Also in the outer south aisle is the Millenium Wall Hanging, which depicts the various groups involved in the life of St Mary’s at the beginning of the 21st century.

St Mary’s has a full octave of eight bells in its tower. The oldest dates from 1770 and is engraved with the rhyme:  “Good people all that hear us ring / be faithful to your God and king.” 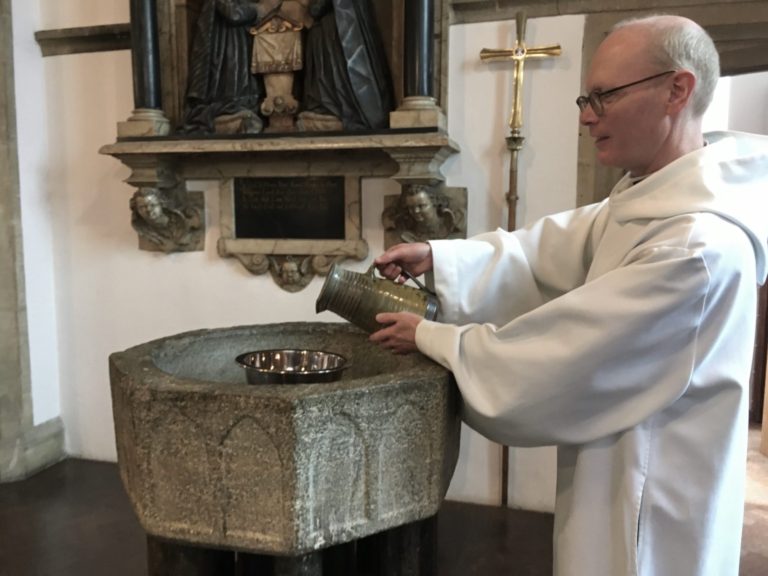 Several monuments in the historic churchyard are registered; of particular interest is the Norris memorial (1779), a rare outside engraving in Portland stone based on the classical subject of Agrippina mourning Germanicus.

Inside the church, monuments include Alexander Kinge (1618) near the font; Colonel Seale (1682) over the lectern, and several to the Allen family (1681 onwards). Several 15-16th century brasses have been resited to the north wall of the chapel. 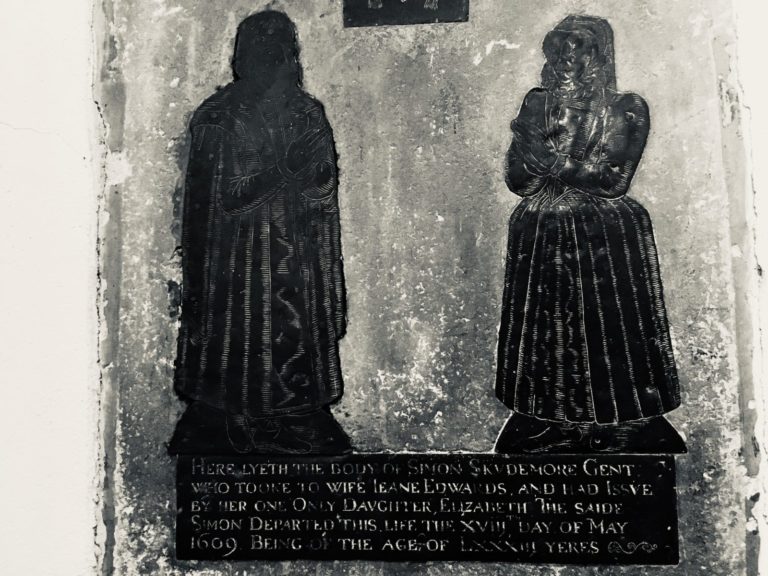 The organ is a two-manual Willis organ (1878) built by the famous Henry Willis. The pipes have been declared of archeological importance by the British Institute of Organ Studies.

The organ was damaged during the war and rebuilt in 1948 The pipes were then moved from the chapel to the West Gallery. They were restored again in 2011 by Mander Organs. 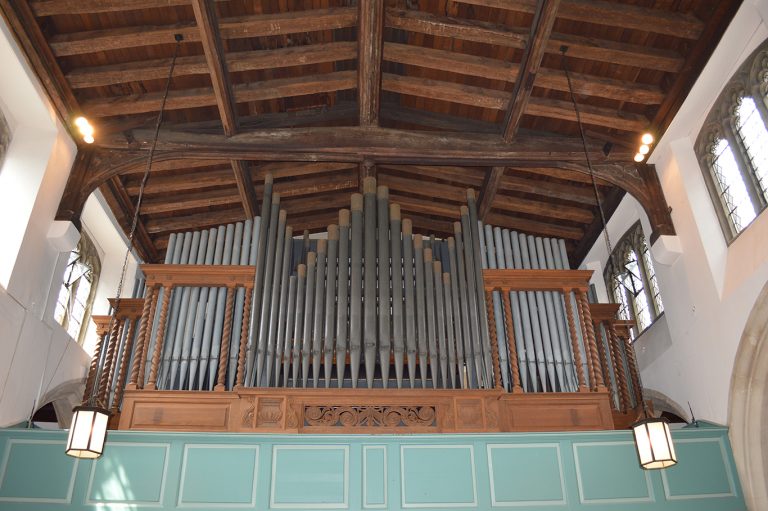